Institutions and organizations are sired and cradled by men of vision and sight who will appreciate it more than us who enjoyed the blessings and benedictions of our Chairman Padamshri Late Shri D. R. Shah. 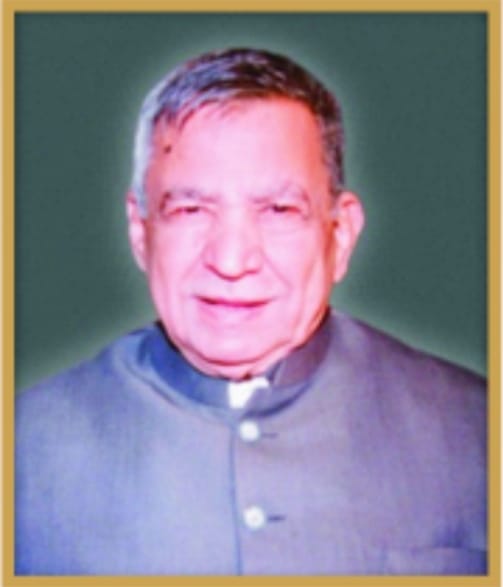 He didn’t only conceive this idea but gave it a shape and even as he must be watching from the blue sky with a sense of pride and relief that the rich legacy he has left for us, we are carrying out with strong sense of conviction and devotion. Our Chairman Sir whom we address as Bauji was a God fearing man with a benign soul but a man with a granite spirit.

All these are pronounced when we look back at his achievements what he acquired during his lifetime. Shah International School as it stands today is Bauji’s gift to the society and we have enjoined upon us the responsibility to expand and allowed it to grow and be a forceful limb in the spectrum of education.
Our Bauji, after a brief illness, completed his worldly journey on 14th March, 2009, and left all of us orphaned. The fact has yet to sink in. He was the vice president of Sant Nirankari Mission, which took out a funeral procession accompanied by Sewa Dal volunteers and stream of mourners. A prayer meeting was held in the school premises on 18th March, 2009,
where sea of humanity attended and speaker after speaker waxed eloquent on Bauji for his philanthropic indulgence, compassion, qualities of head and heart. Nirankari Baba Hardev Singh ji Maharaj recounted his six decade association with Nirankari mission and his humble services. Our reverend Bauji, the fulcrum of our strength, who always fostered the values of resilience and steadfastness, pushing through all the turmoil with empirical courage, was a man of charisma, positive thinking and magnetism. He was a social activist. He was a catalyst who spawned the dynamics of the SIPS family that we have always been proud of.
In recognition of his services to the society, he was awarded the prestigious civilian award Padmashree, in the year 1991. He was instrumental in alleviating the suffering of the people displaced from Pakistan after partition which betrays the compassionate instincts were vibrant in him when he was a youth of 25 years. His father Late Shri Kanshi Ram Shah, to commemorate whose memory the school was established was also a philanthropist, the road in front of the school is named after him.